With the generous donation by Ms. Vicki Standish of Australia, TEWFI built an e-Education Center. Officially opened on 22 January 2008, this is the first computer center for our rural region. Located adjacent to the Uluru Children’s Home (UCH), this center is accessible to the residents from surrounding villages, in addition to the children from UCH

Along with construction of the building 20 Desktop computers were included.

Because of the high demand for using and learning the computers, TEWFI realized more was needed. In 2011 Cognizant donated a bus along with netbooks, projector and television to enhance the eCow project. In 2014 TEWFI received a gift of another fully equipped eCOW Bus by the Mr. Sathish Ramakrishna from USA. Forty laptops were also donated. 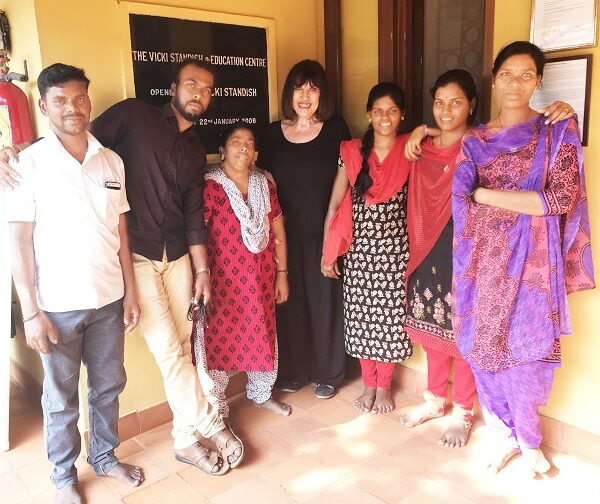 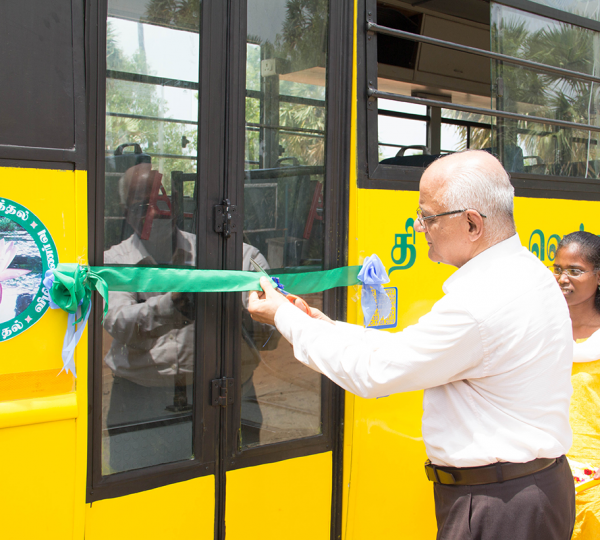 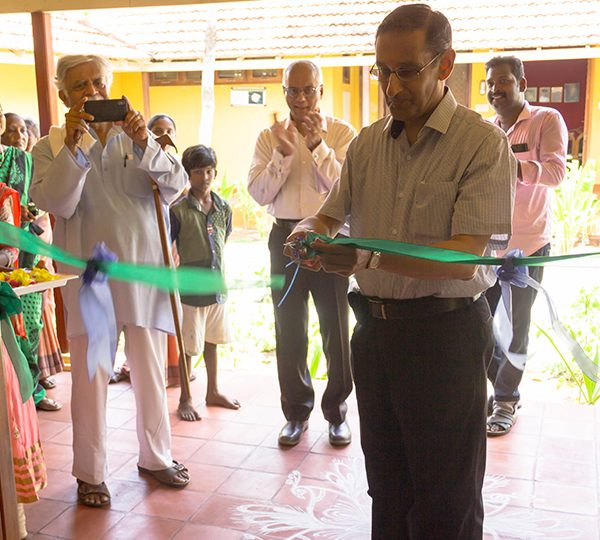 Every rupee can make a difference. Every human can change the world.

As India is progressing towards rapid development, with a focus on information and communication technology (ICT) as one of its main industries, having basic computer skills is almost a necessity. These skills will undoubtedly increase educational and employment opportunities for all. The local staff who run this center conduct regular classes which provide necessary ICT education to a wide range of target groups.

Since October 2009, The Vicky Standish electronic Education Centre (VSeEC) staff have been running this project at local schools and in the community to provide a free of charge, highly accessible, mobile computer-assisted instruction with the use of laptops. This program we call “Computer Wallah” (CW). The basic goal of this program is to go inside the classroom and teach the fifth and sixth standard students use of the computer and Microsoft programs. The class first consists of teaching by the IT instructor and then time is spent with the students practicing what they learned using the computers with the instructor being involved helping them.

Whatever project TEWFI initiates we would like it to make a great difference in the Community. In August 2010 as one of our initiatives, TEWFI launched and ran the Mobile Computer Wallah Project. The impact of this project was significant. We then decided to deliver this project as an eClassroom on Wheels (eCOW) due to inadequate facilities (space, table, chairs, electricity etc) in the communities and in the schools. TEWFI obtained generous donations from the Cognizant Foundation under their Corporate Social Responsibility for establishing e-Classroom on Wheels Project. A 32-seater mini bus was altered to allow 20 to 25 students to attend classes inside the bus. Each seat has a foldable tray at the rear where a laptop can be placed.

This program is still running successfully.  During the school term eight government schools, eighth standard students, are visited twice weekly. The teaching focus is on Microsoft Office.  The bus is also used for women’s classes and community evening classes. During the summer the bus goes into the communities and offers classes during the day.

The Vicki Standish e-Education Centre has been receiving technical and other support from expert organisations and introducing an innovative programme in a rural community where computer and other technologies are inaccessible. TEWFI has recently established a rapport with the Rotary Club of Madras Midtown, Digital Literacy Exnora and Indiss Infotech Solutions Pvt Ltd We have obtained self tutoring software which is developed specifically to be used without an instructor. Simply by following the instructions, the knowledge of basic computer operations is imparted. This project was recently introduced for women, adolescent girls and children in the community.

Presently, more than 25 children in the community and 10 children at UCH have undergone this training and have achieved impressive results. This programme has helped those children and adults, who have never seen computers, to learn basic computer operations such as MS office, Internet usage and other operations. We are seeking funds to purchase a mini bus which will be altered in such a way that computer students can operate and learn computing inside the bus itself. We firmly believe this will benefit those people who are very much interested in getting an education in computing but are not able to access our existing center, the Vicki Standish e-Education center.

These are some of our proud Sponsors

Children are never too young to learn and benefit from the use of computers. Twice weekly the students supplement their classroom learning at the computer center with online experiences.

The UCH Children have the privilege of the use of the computer center. They explore and learn programs such as MS-word, Paint, Photoshop and have access to the benefits and proper use of the internet.

VSeEC staff go into the local community to provide computer skills to the women who otherwise would not have access to classes to learn these new skills.

During the summer the computer center is open to the local community children with classes that will help them to expand their knowledge and use of the computer.

The children are so enthused about computer learning that they spend some of their free time on Saturday  at the computer center.

After hard work and completing the class the students are given a certificate of completion.